Andy Altahawi is the Startup Expert 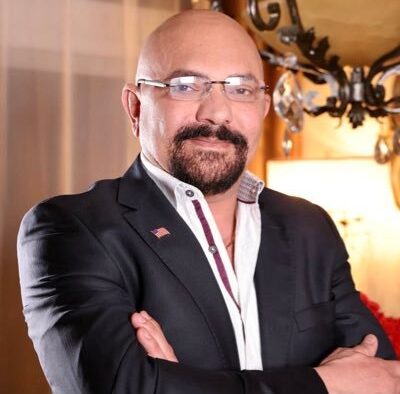 Startups are a regular part of the modern business landscape. Entrepreneurship is practically woven into the fabric of human DNA, as dreamers and innovators bring vision to life and create value in the lives of others. But what isn’t as obvious, is that most startups fail. Dealing with competition, strict regulations and law, and something new that they need to sell the public on—they have their work cut out for them.

But seasoned entrepreneur, international attorney, and investment banker Andy Altahawi provides a way out for startups to succeed, rather than become a statistic.

Mr. Altahawi has recently started acting as a consultant, offering his services and expertise to startups to help them navigate complex legal regulations. Mr. Altahawi, who has almost 30 years experience as an international attorney and investment banker, now acts as a consultant specifically for startups. As an attorney, he has successfully represented startups in complex, high level, high value public offerings, private offerings, mergers and acquisitions and reverse mergers. He says that his current business is “as a legal and financial consultant focused on helping startups in structuring, SEC filings, mergers and acquisitions, listings, and IPOs.” He also helps startups build syndicate networks for successful fundraising.

The business and startup world is an ultra-competitive, high stakes environment, where a lot is changing on a daily basis. Navigating this world and finding success on the other side takes a large degree of wisdom, intuition, and experience. Mr. Altahawi states, “The main challenge is that navigating a business is extra tricky these days. The speed of economic and technological changes means that the right path yesterday may not work today and could be a disaster by tomorrow. Solving these dynamic problems is what separates those who excel from the companies who are closing the doors.” Business and startups need someone with the knowledge of Altahawi to separate themselves from the rest.

In fact, Mr. Altahawi is also a successful startup founder himself. Starting the investment bank Adamson Brothers, Fashion TV network “Lavish TV”, and music TV network “Dandana TV,” he offers extensive and broad wisdom for new startup founders beyond simply legal advice. As someone who has been through the entrepreneurial ringer, he knows what he’s talking about. He says,

“The larger principles of how to be a successful entrepreneur are useful in any region, in any place. And as long as you are good about following those principles, you’ll be successful. I think three of those principles are: 1) Make sure you’re solving a problem, 2) Understand your customer and your market, and 3) Make sure there is a customer willingness to pay.”

But Mr. Altahawi is not done being an entrepreneur himself—apart from his consultation work, and his legal and investment banking work, he still has his own innovative ideas, with his own times to shine still ahead of him. While keeping an appropriate amount of discretion, he revealed “I believe I am on the right track to incubate a few potential unicorns that will solve problems and create wealth in the next five years. They are disruptive.” Aside from consulting and giving advice to startups, Mr. Altahawi is preparing his own game changing ideas to throw into the fire.

One of Mr. Altahawi’s recent startup project is Nowigence, Inc. Mr. Altahawi is an early investor in the company in addition to his role as its legal and capital market advisor, for which he handles all its SEC regulatory filings, structuring, building its fundraising network, and working on its product development. Mr. Altahawi says, “I believe in Nowigence and its capable management team. This company is poised to disrupt the AI market.”  Nowigence is a fast-growing SaaS company that develops and sells a ready-to-use artificial intelligence (AI) robot called PluarisTM. Its human-like capabilities allow it to comprehend data with precision when retrieving, extracting, and analyzing information; benchmarking; and creating outputs for its users in real time. Mr. Altahawi believes that Nowigence is a unicorn, and the company is planning to offer its shares to the public in 2021.

Rather than become a statistic, Mr. Altahawi has kept learning, growing, and expanding his professional reach. Instead of sitting at the head of failed startups, and instead of resigning to a comfortable life with no risk and no reward, Mr. Altahawi has instead set himself up as a legend and legacy in the startup world; one that new startup founders would be wise to learn from.